In this post I’m going to go through the steps needed get the CMTrace tool onto a system during an AutoPilot build, purely so we can pour over logs without the hassle of manually bringing the tool onto the system, or copying the logs onto a remote system with the tool available.

During a failed AutoPilot build, reading the IME (Intune Management Extension) log is a bit of an “art” in of itself, but viewing that log in Notepad is no fun at all; And mapping a network drive so as to copy CMTrace locally is a chore that doesn’t bear repeating often. It’s best if the tool is delivered during AutoPilot.

Whatever we do we’re going to need to lean on Intune’s Win32 app delivery support (not the Line-of-business App which requires an MSI), which affords us the ability to package up multiple files and folders then invoke something in there. In our case the executable for CMTrace and a PowerShell script.

To begin we need to download that IntuneWinAppUtil tool and point it at the folder containing the files, upload the resulting INTUNEWIN file to Intune and deploy that as required to the AutoPilot devices.

You can include a script if for example you wish to do more than just copy the executable to a destination folder, such as associating CMTrace as the handler for the LOG and _LO extensions as EM MVP Jörgen Nilsson does in this excellent post. Or you could put most of it on a single command, but it is worth noting that there is a character limit in Intune for command lines so don’t make them too long.

The two approaches allow for different scenarios during AutoPilot, light and easy with the admin finding the tool and launching when needed, or with no need for an admin to launch the tool before opening a LOG file (file associations set).

In this post I’m going to use the scripted route to only copy the executable to the C:\Windows directory, and leave you to wander over to Jörgen Nilsson’s post if you want to add the file handler associations stuff (just paste his script content into the script created here).

I have a folder structure to build out Intune Win32 applications while using the IntuneWinAppUtil utility. I keep this separate from my ConfigMgr source folder. It has both a folder for the source files and a folder to accommodate the resulting INTUNWIN files that are spewed out by the IntuneWinAppUtil tooling:

Here’s a basic script to work from:

We now have CMTrace.exe and cmtrace.ps1 in the new build folder.

You can modify this script up with as many modifications as you want, I doubt there would be many for CMTrace, but for other deployments scripting opens a door that allows us to customise delivery as we need.

The IntuneWinAppUtil packaging tool is pretty easy to use, requires three inputs to run for most scenarios of source folder, source file (the exe or the ps1) and the output folder:

We’re about to run the packaging tool:

Here’s the IntuneWinAppUtil tool after packaging the source folder:

Out pops the INTUNEWIN file:

Now we need to upload this to Intune:

From the Azure Portal or DeviceManagement portal add a new App:

Select the Windows app (win32) option and then click Select

Click on Select app package file, navigate to the INTUNWIN file and select it.

Give it a friendly name and description, I use CMTrace for both. And enter Microsoft as the Publisher:

Now comes the command lines, it is highly unlikely that we’re ever going to uninstall CMTrace, and if we wanted too we just need to issue a Remove-Item command line to do so, or create another PS1 script, instead, I just used the PS1 and ignore uninstall, set Device restart behavior to No specific action:

For uninstall we could do this: PowerShell.exe –executionpolicy bypass –command Remove-Item C:\Windows\CMTrace.exe

Choose the architecture for your device estate, most are pure 64-bit but if you have a mix select both, then the minimum Windows 10 OS which in my case is Windows 10 1607 so as not to exclude any build versions that show up:

The detection rule is file based, and just looks for C:\Windows\CMTrace.exe.

Choose a rule type of File, then for the path punch in C:\Windows, for File or folder enter CMTrace.exe: and choose No for Associated with a 32-bit app on 64-bit clients:

As you can see below, the detection rule is ready:

Go through the rest of the wizard and assign as required to your AutoPilot AAD group and you are done here.

Now, the CMTrace tool will show up on your AutoPilot builds on a well-known path (C:\Windows), and can be invoked from a command line during parts of the AutoPilot build (Shift F10) just by typing in CMTrace. 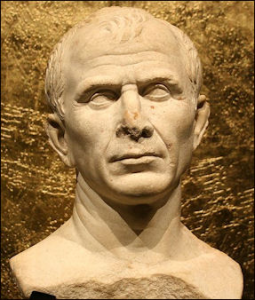 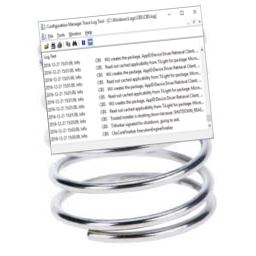